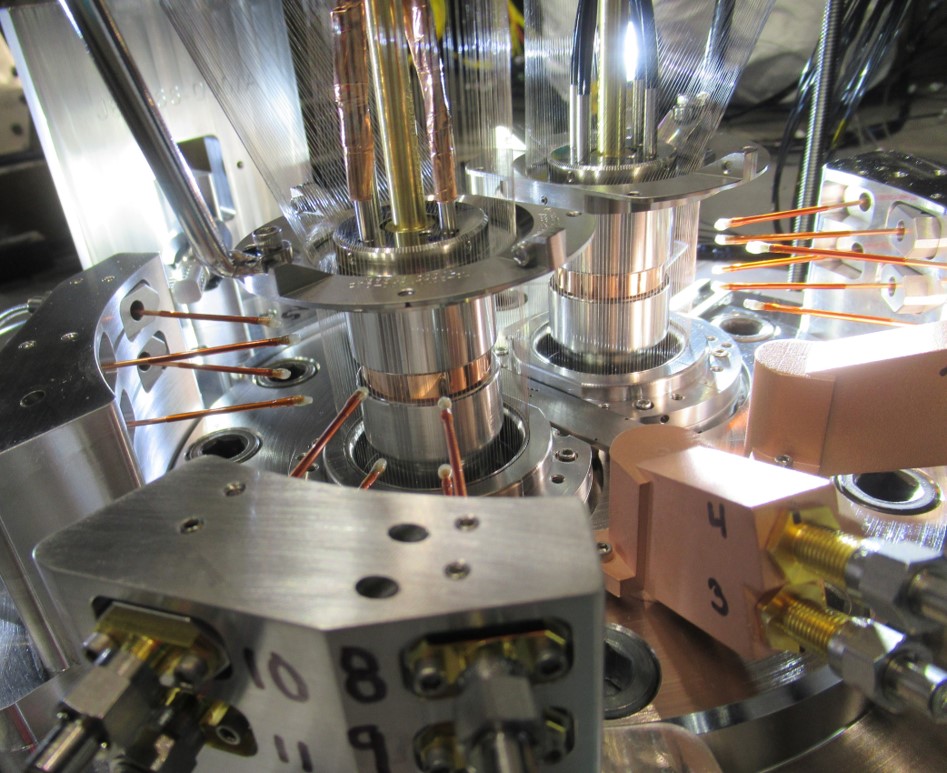 A photograph of the MARZ load hardware in chamber. Courtesy of Sandia National Laboratories.

THE MARZ collaboration was founded in 2020 to investigated radiatively cooled magnetic reconnection using the world’s largest pulsed-power facility, the Z Machine at Sandia National Laboratories in Albuquerque NM. Radiative cooling is important process in extreme astrophysical plasmas such as the coronae surrounding black holes and in pulsar magnetospheres, but it is difficult to study in these remote environments. Z can deliver up to 30 MA of electrical current with 100 ns rise times. Under these intense conditions, extremes states of matter can be generated which exist nowhere else on Earth, enabling us to study the physics behind exotic astrophysical objects in the laboratory.

MARZ uses a scaled-up version of the magnetic reconnection platform developed by the team at the 1.4 MA MAGPIE generator at Imperial College London. We were awarded four shots through the Z Fundamental Science Program (ZFSP) in 2021-2023, and we carried out our first experimental shot on April 21st, 2022. In this shot we successfully demonstrated splitting of the power-flow on Z to drive two side-by-side inverse (or exploding) wire arrays. Diagnostics such as inductive probes, streaked spectroscopy, X-ray diodes and X-ray imaging spectroscopy confirmed the ablation of fast moving plasmas flows carrying large advected magnetic fields, and the generation of a reconnection layer between the wire arrays. 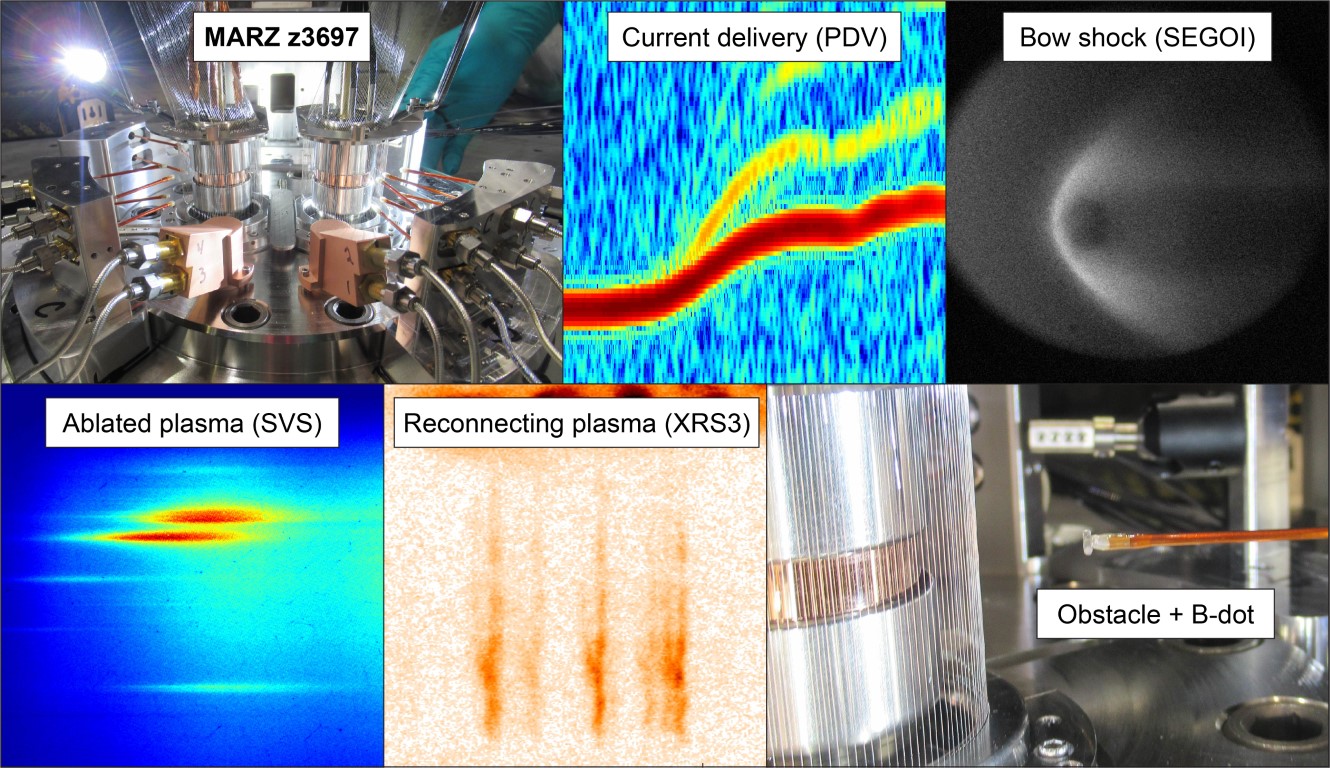 A summary of data from our first MARZ shot on Z. From top left: load hardware in chamber, spectrograph of PDV demonstrating current delivery to the load, a bow shock forming around an inductive probe, streaked visible spectra from the plasma flows, X-ray spectroscopy of the reconnection layer showing Al K-shell, a photo of the inductive probe used to form the bow shock. Courtesy of Sandia National Laboratories.

We will apply for a renewal of the MARZ shots in September 2022. We are grateful to Sandia National Laboratories for providing us with facility time on Z, and to the NSF for funding graduate student Rishabh Datta through NSF EAGER PHY2213898.

The MARZ collaboration consists of: