Turbulence is a fundamental process in all fluids, including plasmas. It dissipates large scale fluid motions through a cascade to ever smaller scales, until viscosity dominates and dissipates the kinetic energy as heat. In a plasma, magnetic fields couple to the charged particles, breaking the symmetry and creating anisotropic, fully three-dimensional turbulence. In MHD, the basic building blocks of turbulence are magnetic flux tubes, which interact, creating current sheets which in turn drive flux-tube merging through magnetic reconnection. 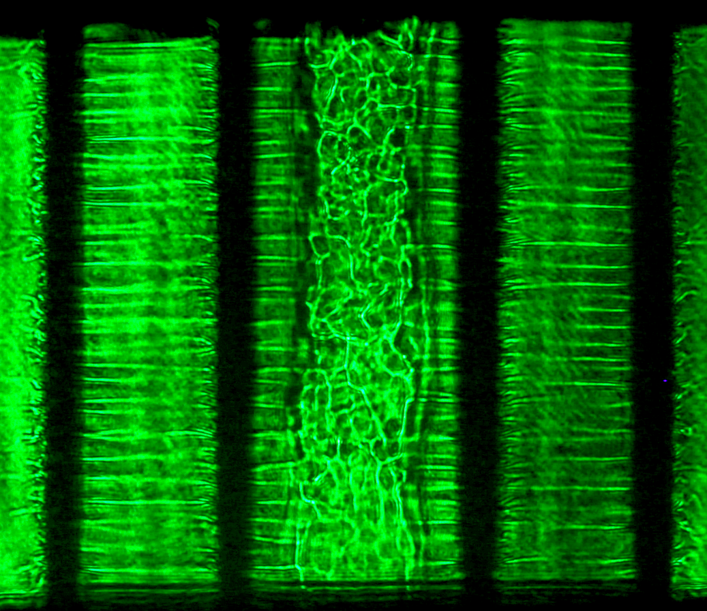 In a plasma, the familiar Reynolds number ($Re=uL/\nu\propto n T^{-5/2}$), has a magnetic counterpart: $Re_M=uL/\eta\propto T^{3/2}$, where $\eta$ is the magnetic diffusivity. Both must be large to sustain MHD turbulence, requiring a high-energy-density (HED) state with high density and high temperature. Such plasmas can be created by high-powered lasers or pulsed-power driven currents. Pulsed-power creates long lasting, inherently magnetised plasmas, with an astrophysically-relevant equipartition between the magnetic, thermal and kinetic energies. This is in contrast to long-lived magnetic confinement plasmas, dominated by magnetic pressure, or short-lived laser-driven plasmas, dominated by kinetic and thermal pressures.

The PUFFIN current pulse is around ten times longer than existing pulsed-power facilities, allowing it to drive the plasma over many Alfvénic timescales. Combined with the astrophysically relevant equipartition between the energy components, PUFFIN provides a unique and ideal driver for MHD turbulence experiments.